Here is one result from this semseter's genetics teaching lab that I wanted to share. The students grew bacteria on a series of gradient media that had increasing concentrations of an antibiotic. At the end of the experiment the bacteria could grow on levels of antibiotic that would have prevented growth before the experiement (which we tested with a control that was genetically identical at the beginning of the experiment and was not exposed to antibiotics). The sucessive generations of bacteria evolved by mutations and selection to tolerate the antibiotic. (One of the goals of this was to show the students an example of evolution in action and illustrate the risks of over-using antibiotics.) We then measuered levels of gene expression for all the genes in the genome and identified which genes had increased their acitvity and which ones had decreased acitivity to allow them to survive (by extracting RNA and hybridizing it to an Affymetrix "GeneChip E. coli Genome 2.0 Array"). Next year I'm planning to have the students sequence some of the genes involved and try to find the precise mutations that have changed gene expression levels. 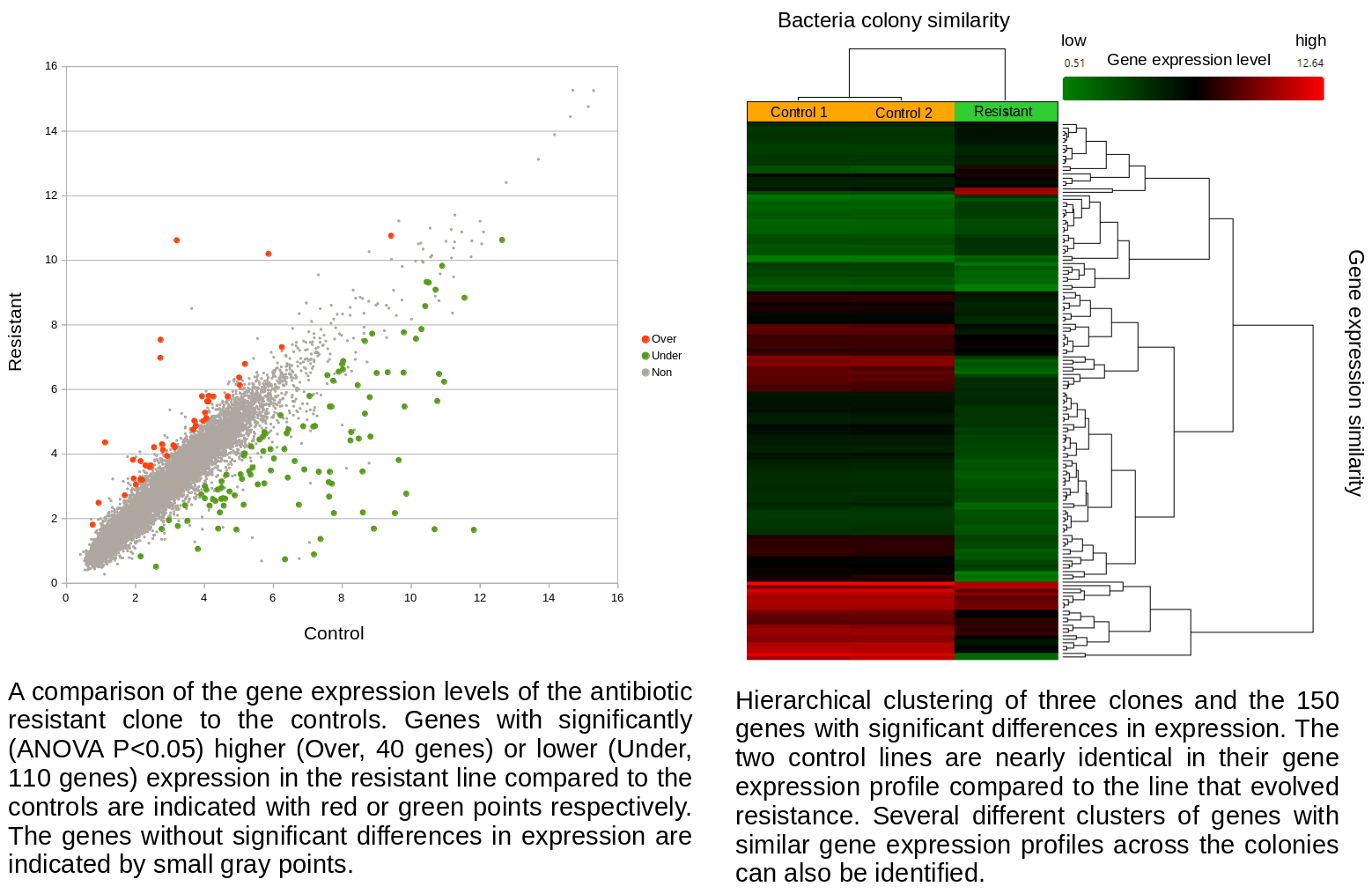