We also extracted DNA from some fruit-flies (Drosophila melanogaster) we had in the lab and from some mosquito larvae we found on campus in a stagnant pool. 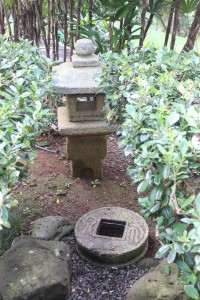 The stone "coin" had a lot of mosquito larvae in the pool of rainwater in its center. 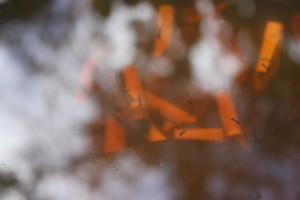 In the image above you can see larvae floating in rainwater above cigarette butts.

We sequenced COI from these as well.  Based on the sequence the mosquito larvae turned out to be Culex quinquefasciatus (the southern house mosquito which was unintentionally introduced to Hawai'i in the 1800's). 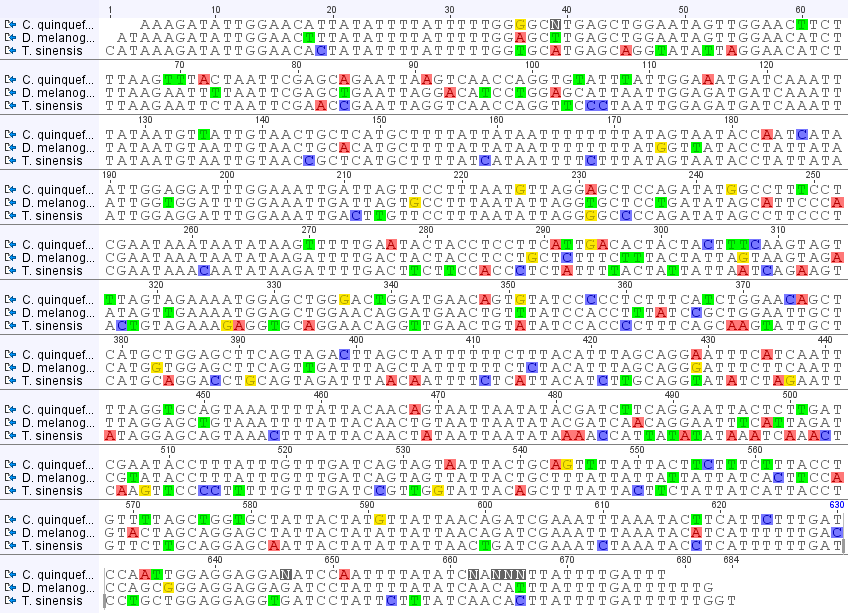 So, based on these DNA sequences, we can see that Culex mosquitoes and Drosophila fruitflies are more similar to each other than either is to the Tenodera mantis.  This makes sense in terms of insect classification.  Mosquitoes and fruit-flies are both in the order Diptera (flies) and both have two wings (which is what di-ptera means).  Mantises are in the order Mantodea and incidentally, like most winged insects, have four wings.

The relative distances of these DNA sequences can be illustrated by the "tree" below. 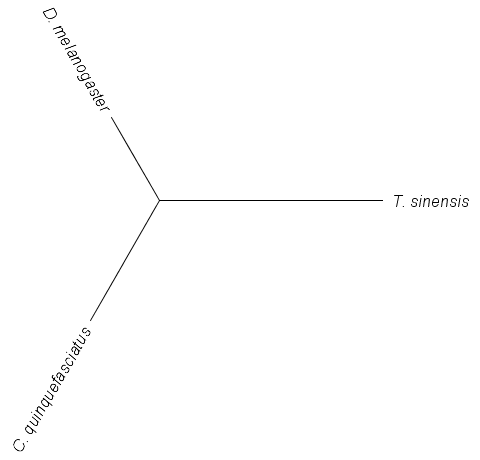 (These types of graphs are called trees.)  The branch from the center to the mantis (T. sinensis) is the longest because it has the most differences from the other two.  The branch to C. quinquefasciatus is a bit longer than the one to D. melanogaster because the mosquito has more DNA differences unique to it than the fruitfly.  This is a simple example of how biologists can build trees to illustrate the relationship between organisms.